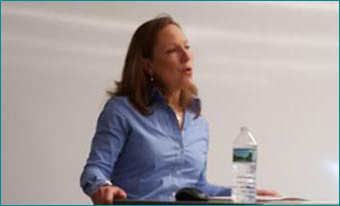 Lynne is a Survivor of Childhood Sexual Assault. Since joining the military herself in 1993, she served as both a military Sexual Assault Response Coordinator (SARC) and Victim Advocate for over six years, educating and training military personnel. Throughout her life, she has remained well-versed in matters relating to Military Sexual Assault, its effects as well as overcoming Trauma.

Lynne is the narrator of a Military Cultural Diversity video, viewed all over the world and founder of a Women’s Mentoring Council, and served on the State of Connecticut’s first Victims Advisory Board. She has also spoken on numerous occasions, sharing her story with various military organizations, churches, and colleges.

Lynne holds a BA degree in anthropology from Central Connecticut State University. A staunch supporter of diversity and inclusion she was a 2013 recipient of the YWCA Women of Achievement Award for her accomplishments in promoting peace, justice, freedom and dignity.

Lynne is a survivor, and a proud member of SSRI.